Drawing elements from the historic flag of 1899 and alluding to Raleigh’s famous City of Oaks moniker, the proposed new design is a classic emblem that recalls our past and inspires us toward a bold future. 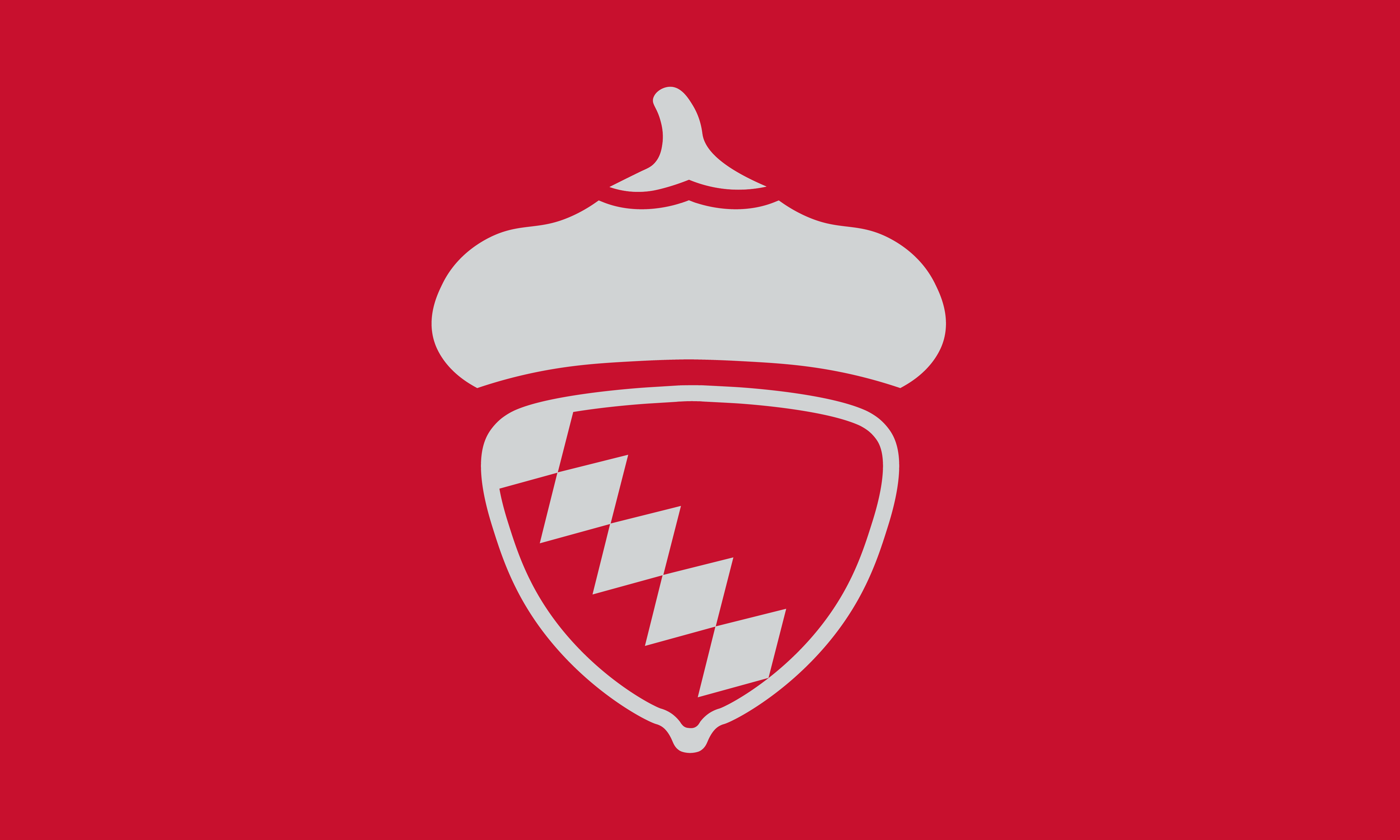 The flag follows the principles of good flag design, making it an attractive, effective, and memorable symbol. Its single iconic emblem makes the flag easy to recognize even when it’s flapping in a breeze at a distance.

The Coat of Arms Explained

In heraldry, a coat of arms is specified by a blazon, which is a textual description of the artistic design of a shield. The blazon for Sir Walter Raleigh’s coat of arms is:

In plain English, this means “A red shield with five silver diamonds arranged in a diagonal band running from the top left to the bottom right.” 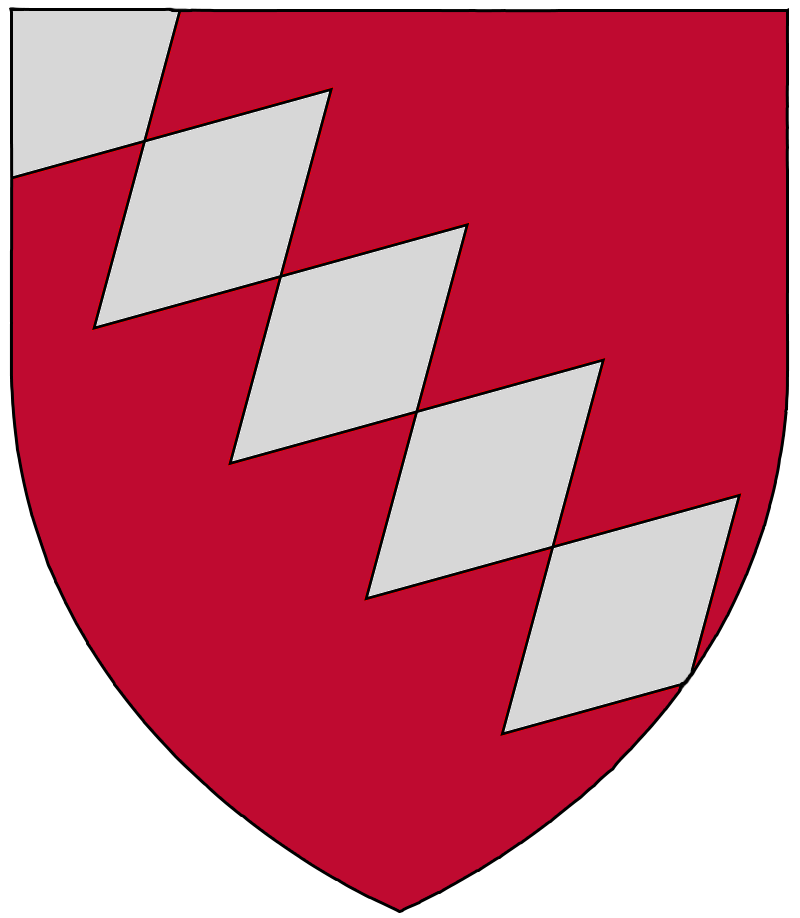 The illustration, or emblazonment, of a coat of arms must follow the design specified in the blazon, but the precise style of the objects in the coat of arms can differ from one emblazonment to the next depending on the whims of the artist. 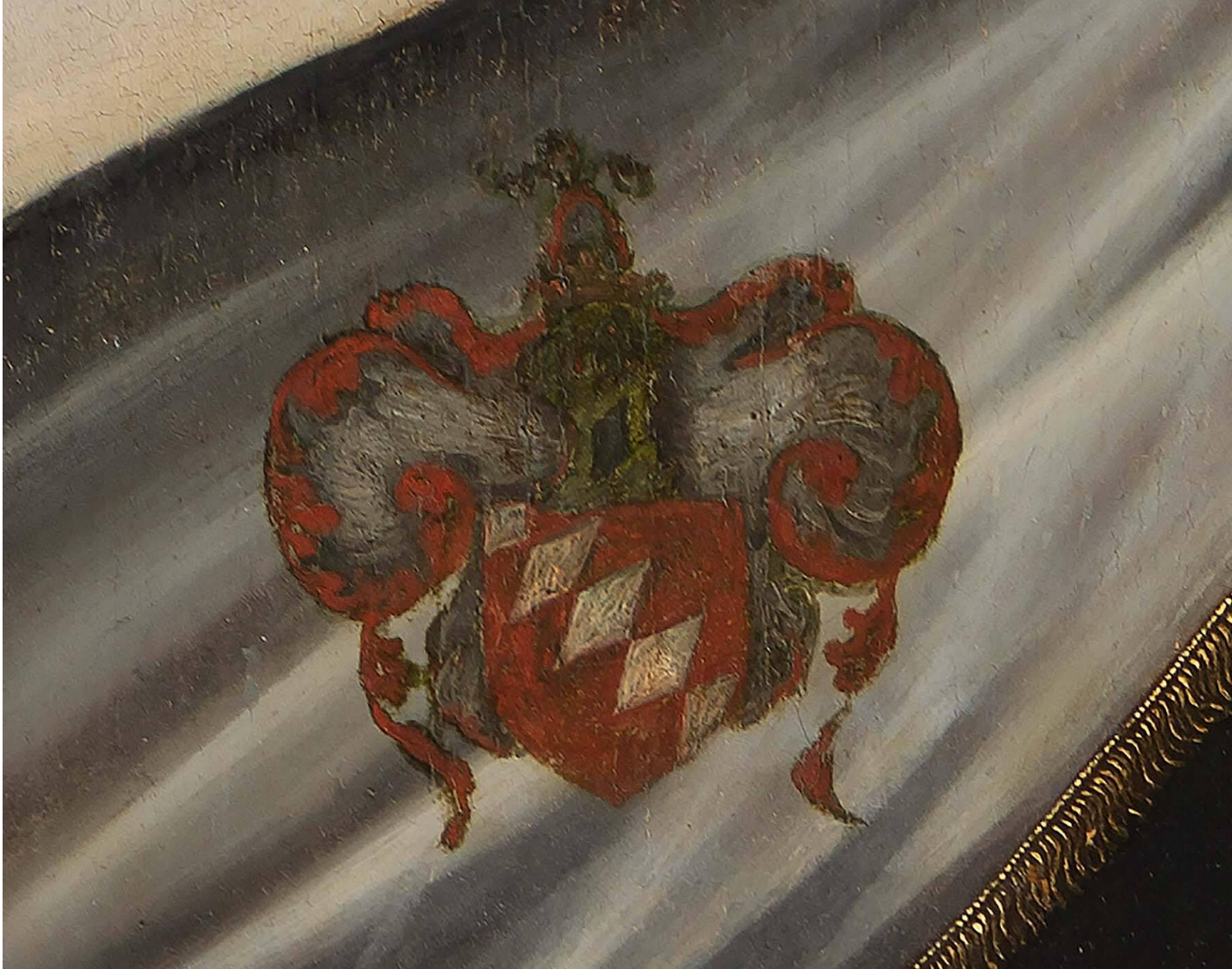 Portrait of Sir Walter Raleigh, with his coat of arms depicted on the tapestry at top left.

The emblem on the flag is also easily adaptable and will transfer well to other media. See it here imagined on some cool swag: 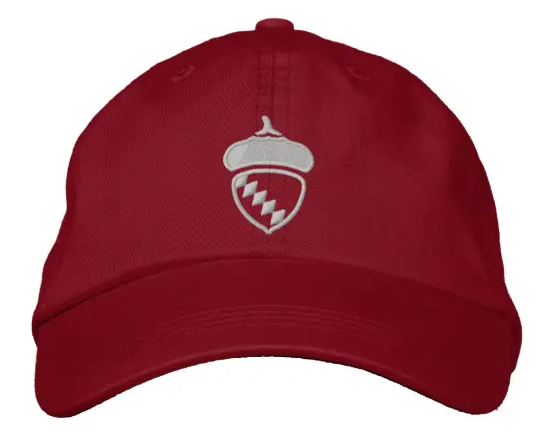 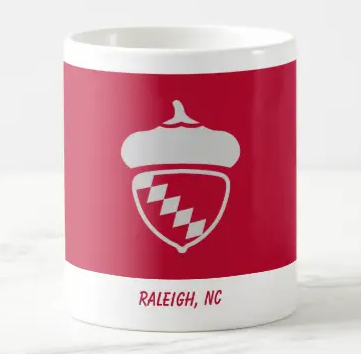 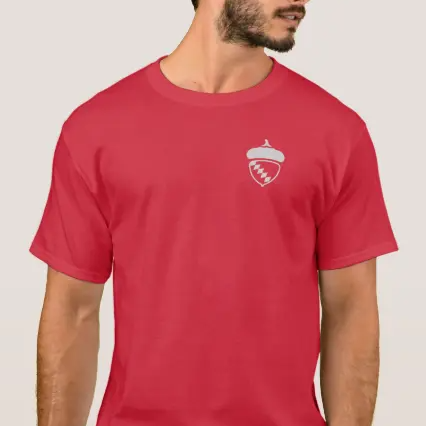 The New Raleigh Flag Campaign will petition the city council to adopt this new design as an alternate official flag of Raleigh, to live alongside the flag of 1899, which will remain an official flag. Get involved and help fulfill the mission.